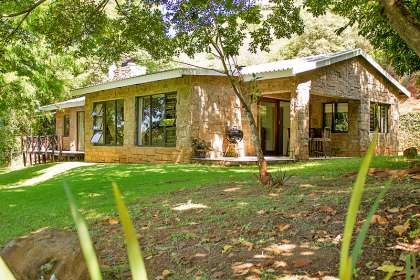 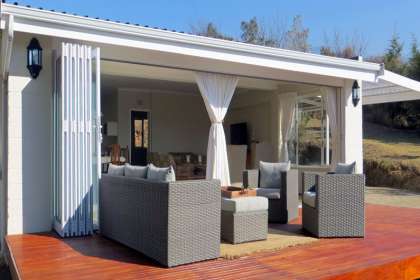 Tout en Haut is located in Bergview Estate, an access-controlled secure estate in the Champagne Valley area of the Central Drakensberg.Tout en Haut is a well appointed self catering cottage which comfortably sleeps eight. The cottage has 4 bedrooms. 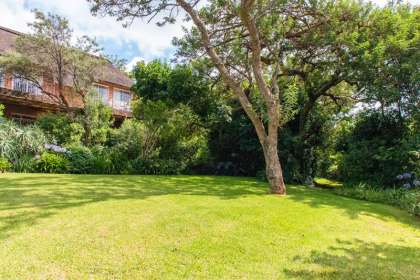 Clivia Hill is situated on the banks of Bell Park Dam in the Central Drakensberg region of KwaZulu-Natal. We offer bed and breakfast or self- catering accommodation for up to six guests in a tranquil and breathtakingly beautiful setting ... 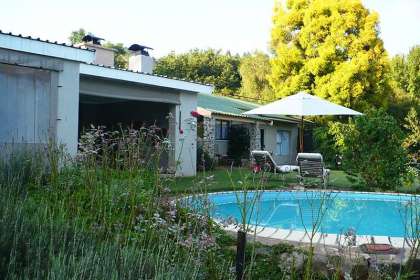 Cathkin Cottage is conveniently situated, opposite the Drakensberg Sun Resort, in the heart of Champagne Valley and is in close proximity to all local attractions and restaurants, with many hikes starting from the Cottage. 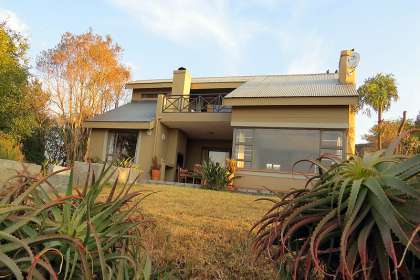 The Drakensberg is one of the regions in the country where every little bend in the road guarantees a new surprise. 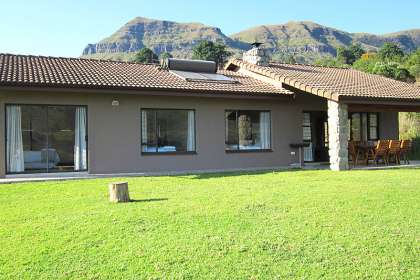 The Bell @ Fernwood is situated on Fernwood, at the foothills of the majestic Cathkin Peak. Surrounded by the little berg, free roaming game and privacy of the Champagne Valley. We can proudly announce that it has a 4 star rating from the SA Tourism Gr 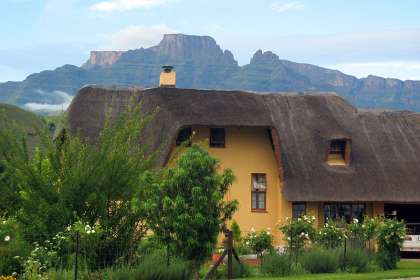 The cottage itself is a double storied thatch building comprising 4 bedrooms, all with double beds and 3 bathrooms-comfortably accommodating up to 8 persons. 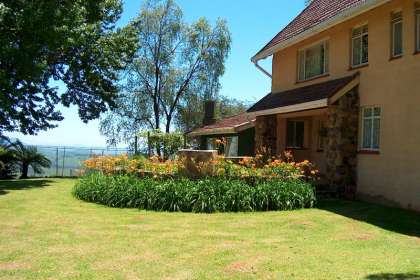 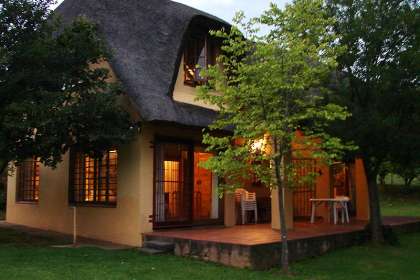 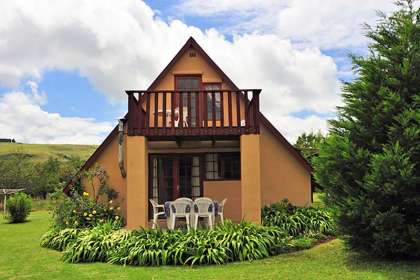 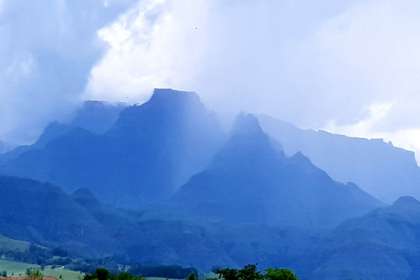 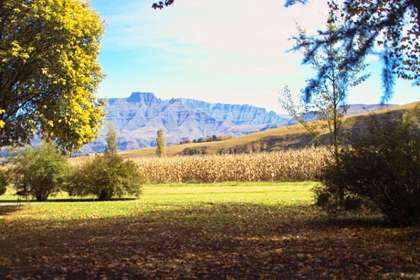 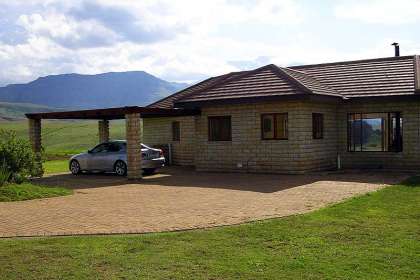 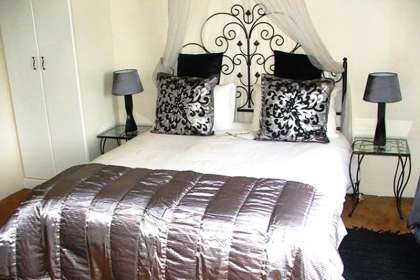 A total of 10 bedrooms (all bedrooms have en-suite bathroom with shower except 1 has a bath), sleeping 20 guests. Our stylish, luxurious & romantic decor, combined with great value for money, has made us a favourite destination for honeymoon couples 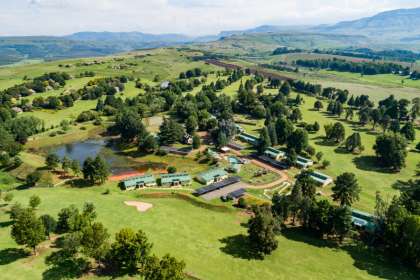 Gooderson Monks Cowl Golf Resort is a spectacular Drakensberg resort situated in the Central Drakensberg approximately four hours from Johannesburg and two and a half hours from Durban in the magnificent Champagne Valley. 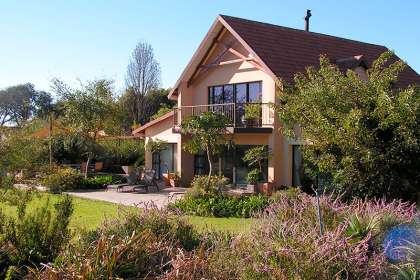 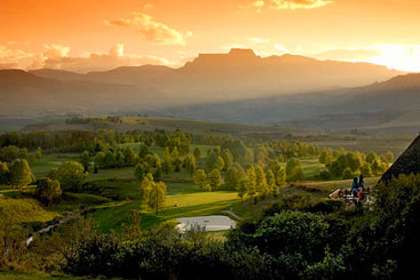 Champagne Sports Resort has been striving to make this award winning resort the perfect place for work and play. This is a difficult balance to achieve but following recent developments we believe we have created a truly unique destination. 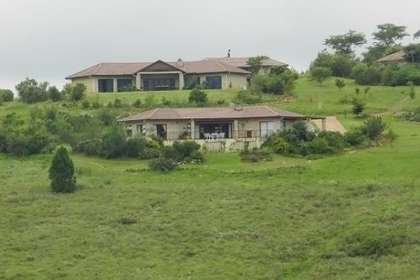 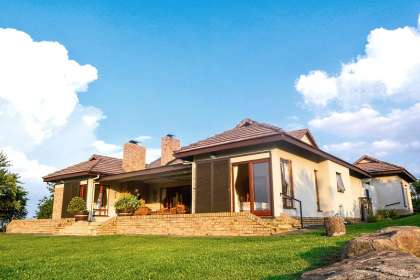 Whydah Way Haven is a self-catering home in the Central Drakensberg, Champagne Valley. 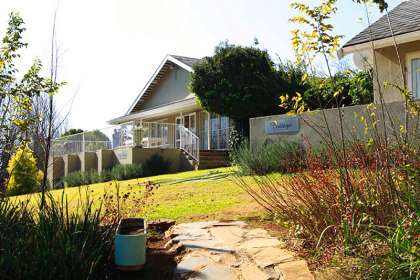 Farhills Guesthouse is situated in the central Drakensberg on route to Champagne Sports Resort, neighbouring Valley bakery. It has always been a place where families gather and have created many special memories.

The Northern Drakensberg area runs along the Lesotho border between the Free State and KwaZulu-Natal. This is an area of spectacular mountains and deep forests, of quiet streams and fast flowing rivers. This area is most popular with those seeking to get away from the trials and tribulations of life in the big metropolis of Johannesburg, and is only a three-hour drive from the city.

The area has masses of excellent accommodation of all grades, from mountain hotel resorts to guesthouses and self-catering units. The area abounds with National Parks and other Nature Reserves. In the north is the Sterkfontein Dam Nature Reserve; while in the west lies the Golden Gate Highlands National Park. This is a haven for climbers, hikers and other nature lovers, while for the historian there are the many battlefields of the Anglo-Boer wars around the town of Ladysmith. The mountains in the Northern Drakensberg house some dramatic caves and shelters where a mass of bushman paintings can be seen.

Hlalanathi was the base from which we hiked at the Royal Natal National Park - Roy joined the brave who climbed up a chain ladder to view the Drakensberg escarpment from the top, the kids and I explored the forests, and splashed through the Berg streams.

Roy also hiked to Surprise Ridge, and the 'Cannibal Cave' (where tribal people had to resort to cannibalism whilst hiding from Shaka Zulu, as he purged the Drakensberg area of his enemies).

Another wonder of the world lying in the Drakensberg Royal Natal National Park, is the Tugela Falls - apparently the second largest waterfall in the world - spectacular sight!!

Another "must do" was our visit to the Kamberg National Park. In the Kamberg area lies some of the best examples of Drakensberg San Bushman rock art, and being a bit of a dabbler in oils myself, I was blown away by these beautiful paintings.

Our self catering accommodation at the Hlalanathi Berg Resort turned out to be an adventure all on its own - we golfed, played tennis, volleyball, swam and fished (I caught a pretty decent sized Bass) .....all of this on the actual premises of Hlalanathi Resort.

Although the Hlalanathi Drakensberg Resort offers self catering accommodation, on the days that we were too lazy to cook, the Hlalanathi Berg Resort's restaurant and pub provided us with great meals.

During the week we took a day trip out of Mont-aux-Sources to meet up with home-town friends who were staying on the Oliviershoek Pass. We also took a drive through the beautiful surrounding Northern Drakensberg areas, including Little Switzerland, Bergville and the Putterill Valley, where we ended the day at the Montusi Mountain Lodge.

Seven wonderful days - The Drakensberg is like no place on Earth!