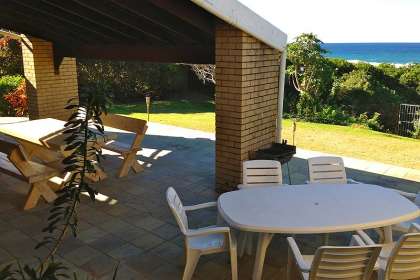 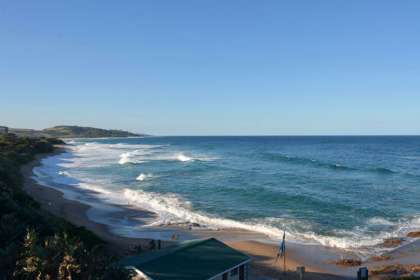 Umzumbe is located on the Kwazulu Natal South Coast, approximately 90km south of Durban, between Hiberdene and Port Shepstone. It is known as the best kept secret of the Hibuscus Coast. 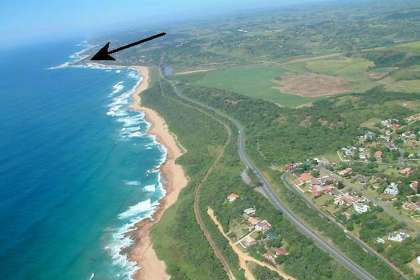 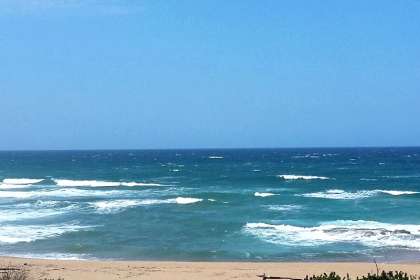 9 Mockingbird is a sea facing unit situated in the beautiful and serene surroundings of Umzumbe. It is a safe and secure complex right on the beach, with private access via a lock-up gate through an untouched mangrove. 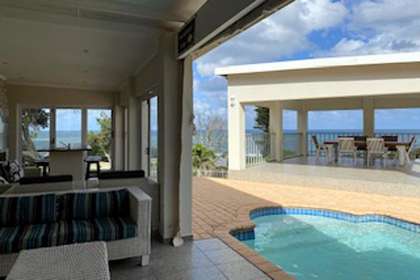 Recently refurbished, Beach Rose Cottage lies gracefully in a quiet street in the unspoilt seaside village of Umzumbe, a mere one hour from central Durban.Enormous fridge/freezer, table tennis facilities for your enjoyment 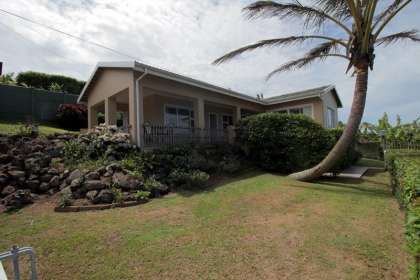 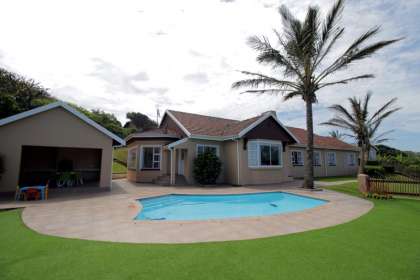 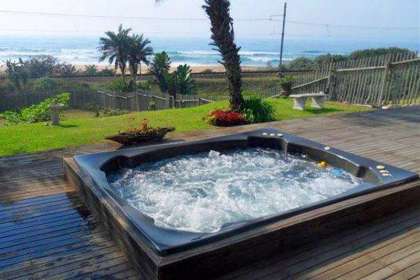 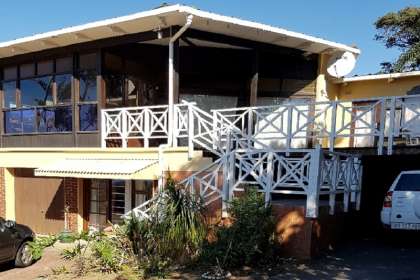 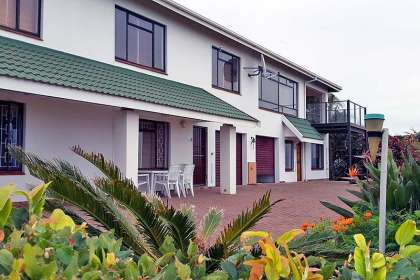 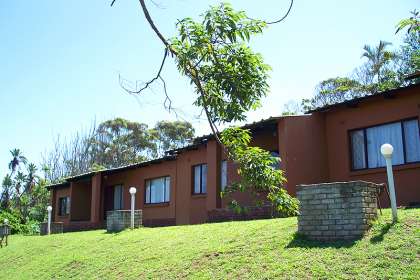 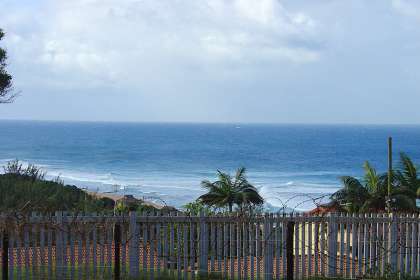 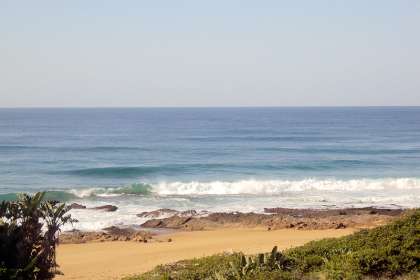 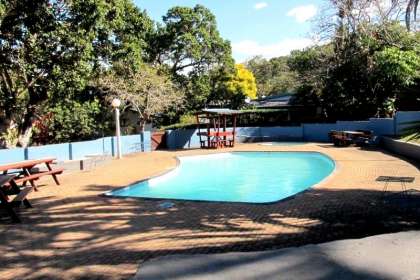 Located along the banks of the Mzimayi River in the popular resort town of Hibberdene, this resort is the perfect holiday spot on KZN’s subtropical South Coast and is particularly ideal for families with small children and caravanning clubs. 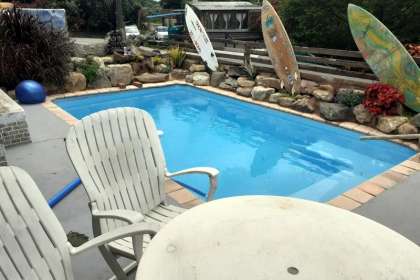 Situated 112 km away from Durban along the Kwa-Zulu Natal South Coast and is located very close to all major highways. 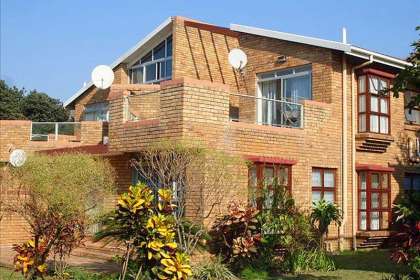 The apartment is fully tiled and boasts 3 bedrooms & 2 bathrooms (SES). The bedrooms accommodate 6 people,are tastefully decorated, all with bic's and ceiling fans. The main bedroom leads onto patio,as does the lounge, kitchen features dishwasher 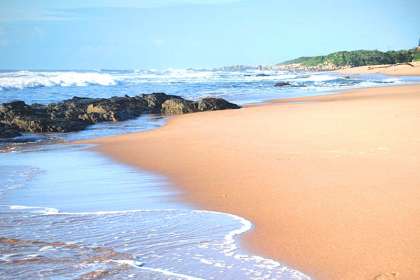 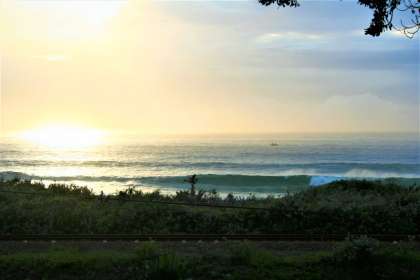 Located on a very quiet stretch of KZN's South Coast, midway between Port Shepstone and Hibberdene, this house provides the ideal seaside holiday. Besides a stunning sea view, the beach is a mere 40 metres away. 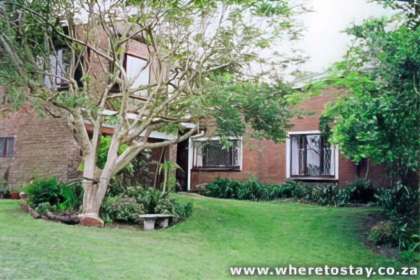 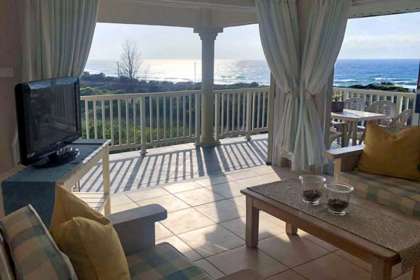 Sit back and relax at 3 Umzimkulu. Enjoy the 3 bedroom 6 sleeper spacious airy apartment with beachy decor and incredible sea views

The small village of uMzumbe, nestled in wild and thick dune forest, is situated one hundred kilometers to the South of Durban between the Mzumbe and Ingambili Rivers. It is believed that the area was once home to a vicious group of cannibals and renegades, and therefore locals named the river, or "Bad Kraal".The village grew up around a farm known as Ballymuddle in the early part of the 20th Century.

For many years uMzumbe has become known as a haven for retired people, fishermen and holidaying families who stayed in the cottages or at the rambling Pumula Hotel in the village, one of the jewels of the South Coast. Fishing and diving in the uMzumbe area is excellent while spearfishing is also popular with large brusher and garrick often being caught there. Northwards, the shallower reefs are home to monster sized crayfish, though a licence is needed to extract them. Dolphins are often seen here too, and in July and September visitors can often witness whales making their way along the coast.The area also produces great waves, resulting in excellent surfing, whilst other water sports like windsurfing are also popular.

Legend has it that the area was once inhabited by the Hlongwa people, until King Shaka overrun the settlement and drove them off. Upon his successful return he stopped on a ridge looking down on a valley, and asked his ancestors for their blessing.
He performed a local Zulu custom by picking up a pebble, spitting on it and placing it back on the ground. Shaka's army of warriors copied their king and a huge pile of pebbles was formed. The famous isivivane or "lucky pile of pebbles" can still be seen at uMzumbe today.

A huge effort has been under way for several years now to bring life back into this tired old village. A local architect has drawn up a map showing shipwrecks, forests, and nature reserves, meandering rivers, prime locations for adventure sports and sites of historical, religious and cultural significance. There's also an initiative to create a tourism route inland, one of the least-known and most beautiful areas of KwaZulu-Natal.

Nabygeleë Dorpe Met Akkommodasie
Naby Interessante Punte
WhereToStay Umzumbe accommodation ranges from a variety of specific categories such as Umzumbe self catering accommodation to Umzumbe b and b accommodation and many more.

99% of all Umzumbe guest houses listed on WhereToStay will display rates for your convenience. Occasionally a Umzumbe guest house will ask you to request a quotation.
WhereToStay tries to keep the Umzumbe self catering and Umzumbe b&b standards at the highest levels relative to tariffs charged. Misleading advertising related to any listings of Umzumbe B&B and Umzumbe self catering accommodation should be reported so that WhereToStay can act accordingly.