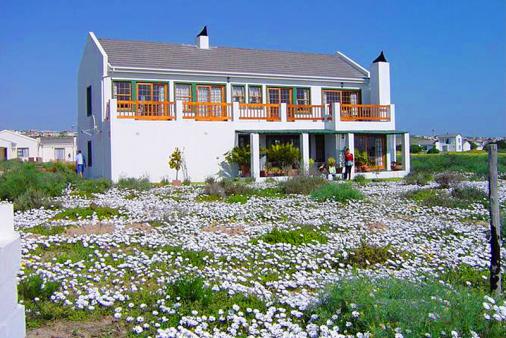 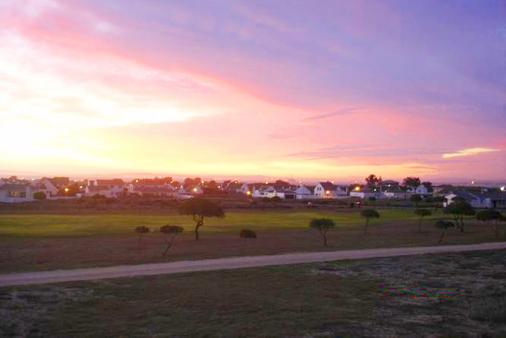 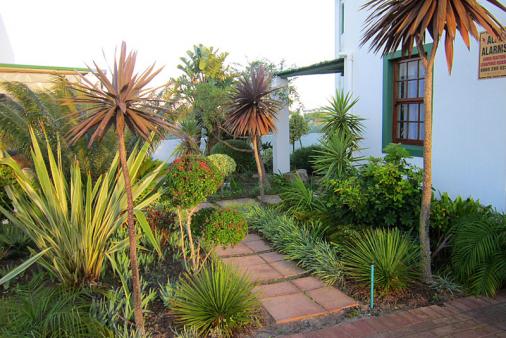 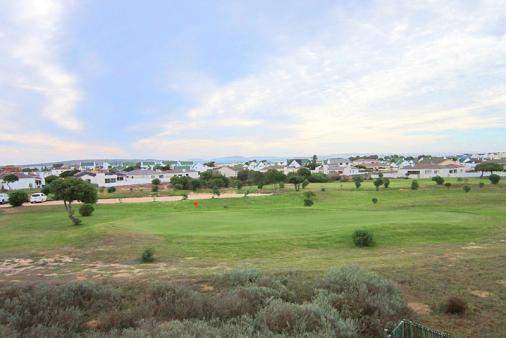 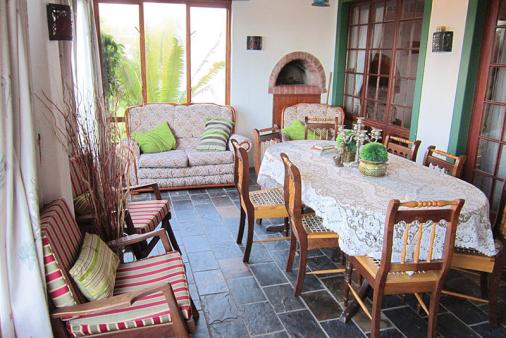 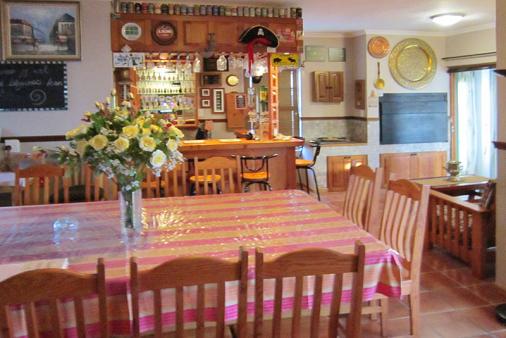 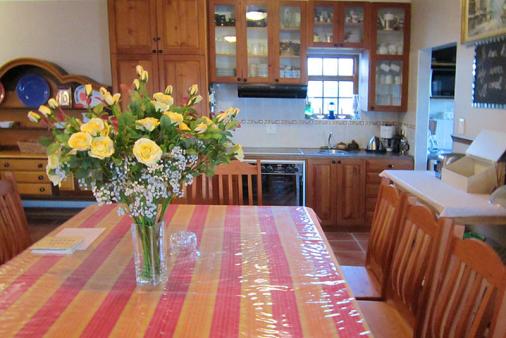 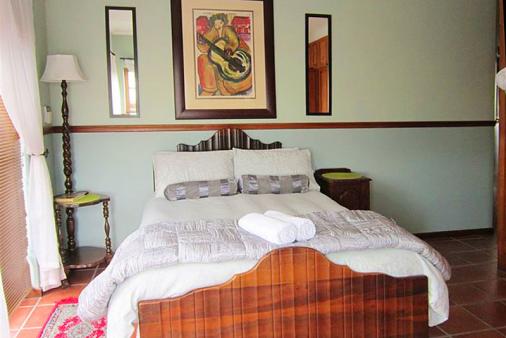 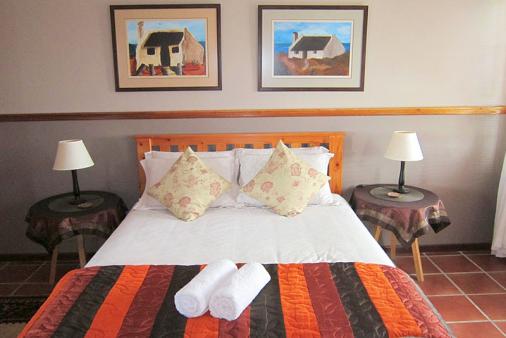 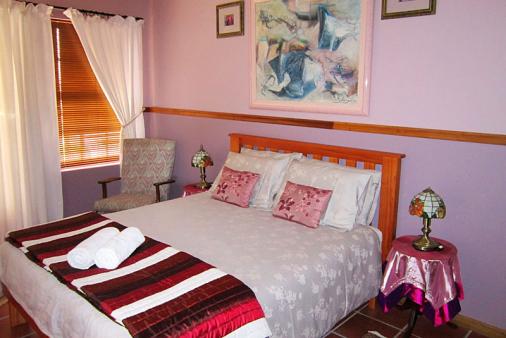 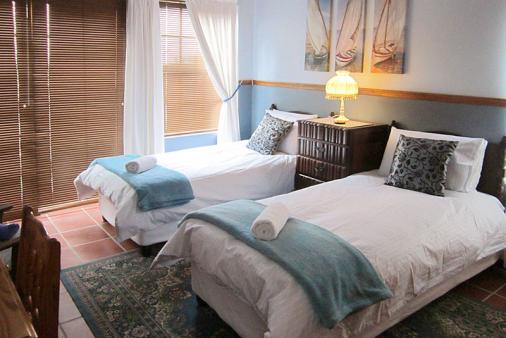 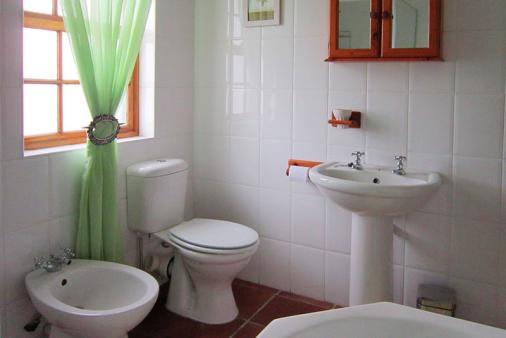 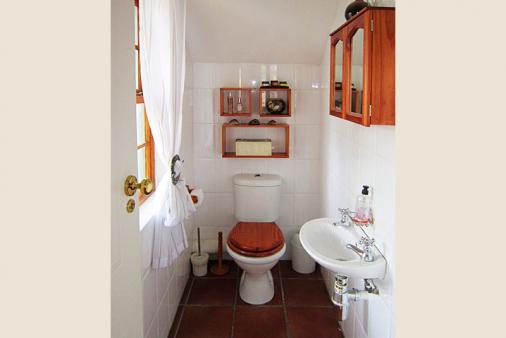 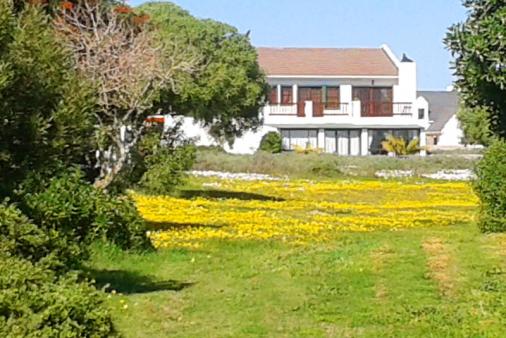 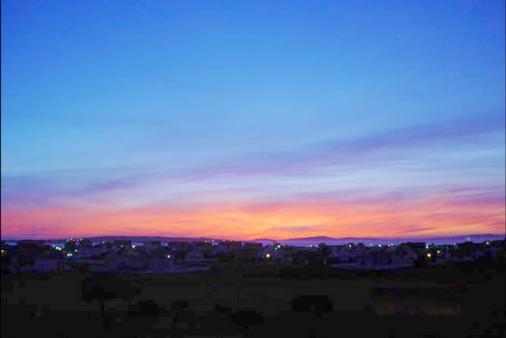 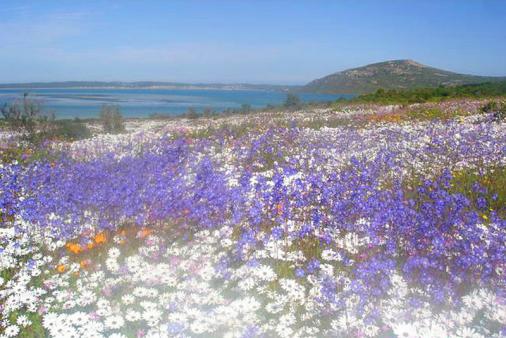 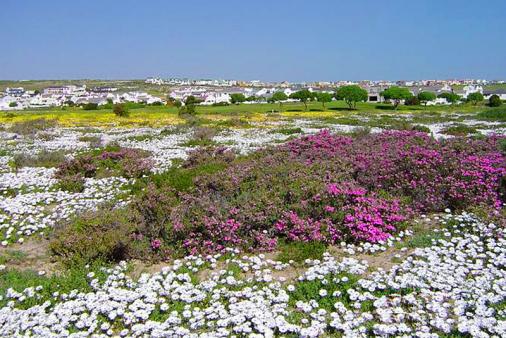 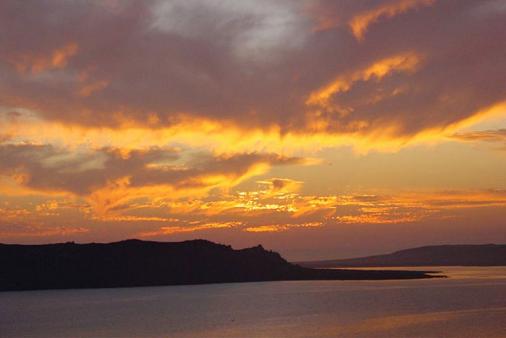 3 on Elf is a luxurious, self catering private home situated in the Langebaan Country Club right on the very popular Mashie Course and only 130 km north of Cape Town on the R27.

Langebaan is often referred to as the jewel of the West Coast and is renowned for its breathtaking sunsets, water sports, abundance of fish, wild life and carpets of wild flowers appearing miraculously every year between July and September, as the West Coast National Park borders this tranquil town.

3 on Elf is less than 2km away from the famous Langebaan Lagoon, restaurants, shops and banks.

3 on Elf consists of 4 en-suite bedrooms, a separate guest toilet, open plan fully fitted kitchen, lounge and dining area.  We offer covered parking for 2 cars.  In the enclosed stoep area there is a built-in braai, pizza oven and a fireplace adds to the package.

The bedrooms are furnished with either a double bed, 2 queen size beds and 2 single beds which provides the total capacity to accomodate a mazimum of 8 people.

Bath towels and linen are supplied, but please bring your own beach towels.  Extras include DSTV, dishwasher, washing machine and iron.

Waiting for a Special Deal?

Click the blue button on a property's page
and get notifications
the minute they post a Special Deal!